React native, how it is a better solution for now a day 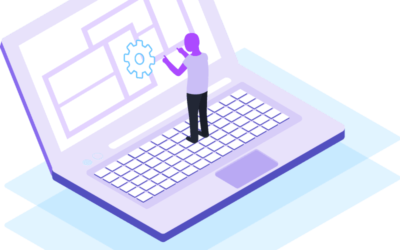 React native is basically a developmental framework for mobile apps, which provides easy-to-use and affordable solutions with interactive user interfaces. It has many features and is believed to be one of the most efficient mobile app development tools.

We have listed down few pointers, which verify that react native helps speed up the process of mobile app development.

Native apps can be easily built by using react native. It fastens the entire development process with the support of its reusable cross-platform elements. Developers will only have to 20% of the code, rest of the code if reusable. You’ll have to put in least amount of effort to launch apps on both Android and iOS. It also helps reduce the cost of developing apps. Hence, react native is considered a cost-effective solution for many businesses and start-ups.

React native is a JavaScript only framework, which makes it very easy for developers to learn how to use it. Developers with basic JavaScript knowledge can start developing mobile apps with this tool. Companies can conveniently train their employees to use react native. It does not matter whether the employees are new or experienced, all of them can learn very quickly to develop apps through react native.

In react native, the codes can be used again, which means it takes lesser amount of time to develop an app. When it is quicker to develop an app, it increases overall productivity of app developers as now they can utilize the time saved on other productive projects. Furthermore, react native has an open source library that has all the essentials for app development.

One of the biggest advantages of react-native is that it is supported by a huge developer community. This is what makes it a successful framework because any framework with big community has better chances of becoming successful because the it reduces problems for new entrants, increases learning sources, provides ready-to-use components, ensures security level for new projects. For example, whenever Facebook project faces any trouble, it reaches out to developers across the globe for support. It is not only time saving but productive for developers as well.

As described earlier, react native has a big community support. App developers can seek support from third parties as well. This framework strives to provide everything to the developers in order to increase their productivity and save time. You can use third-party components for your app development at any time.

It is very important for mobile apps to have a strong and robust framework otherwise app developers will have to spend extra time in repairing apps and fixing bugs. Therefore, it is of utmost importance to choose a strong framework for developing a mobile app. React native provides user-friendly, strong and beautiful user interface for app development. With the third-party and ready-made modules, react native can give an attractive look at functional front.

App developers spend too much time in compiling their codes before they go live. Therefore, a lot of time is consumed in compiling, uploading, reloading and final testing before app goes live. React native helps reduce this time with its live reloading and hot reloading features. While using react native, app developers can view and change codes live, and changes will appear in the file in no time. The feature also allows to read and compile changes in file on its own. The reduces burden on the app development and saves time.

Live reloading allows files to reload from the starting point, therefore developers have to begin from the start as well to follow the procedure. In order to fix this deficiency, hot reloading feature was introduced. Hot reloading makes it less time consuming to compile codes. With this feature, developers can instantly reload the module and view changes instantly.

There is absolutely no point in developing an app if it fails the app store approval. With react native, the work of developers always remains usable. Developers can conveniently host number of app files on their server rather than going through the difficult process of app store approval.

React native is a cost-effective, time saving, and easy to use tool for developing apps on both, Android and iOS. Solutions are of high quality, along with reusability of codes. Updates can also made quickly. React native is a better solution in recent times because it saves time of the developer and increases their productivity, also offers numerous features.