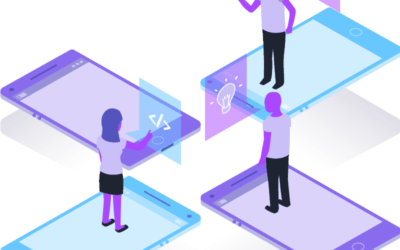 Python is a programming language is preferred by all the application developers because of its ease of usage and affordability. It was first introduced in 1990 and was replacement for ABC language. Some of the key features and benefits that application developers suggest is that is simple, less complex and has increased readability. Not only it is simple, but it is also multi-paradigm language, developers can use appropriate programming style to execute any given task.

Today, the mega giant applications such as Instagram and Spotify are built on Python framework and the Django framework for seamless experience.

A company that came in to 2006 which the sole purpose of providing unlimited audio music for streaming. The application was launched in 2008 and provided over 50 million tracks for streaming to its users. Spotify has enabled users to stream high quality music and unlike other platforms. The company over €5.259 billion revenue uses python for its agility and power data analytics. Because of python Spotify has Radio and discover option which are based on individual preferences and choices.

It is a file-hosting service which was founded over 12 years ago. The company is freemium based business model was worth around $8 billion in IPO. Recently Dropbox migrated from Python 2.7 to Python 3.0. Dropbox employees over 2000+ employee and it has almost half billion users and almost 12.7 million paying users. Dropbox is compatible with desktop interference such as Windows, macOS, Linux, and application based such iOS and Android.

Based in San Francisco, California, American based company, Uber is ridesharing company operating in 60+ countries and 785 metropolitan areas. With a revenue of over US $ 11.27 billion Uber reports of having almost 110 million users worldwide. The application has to perform multiple calculations as it is a ride sharing and hire a vehicle for daily commute services. Thanks to Python all these multi and million calculations are easily performed. This is one of the core reasons why companies because of its simple syntax rules, data analysis and reliability.

Another American based company in based in San Francisco, California. The application is written in Python. Reddit is unique social new platform which permits users to discuss and poll regarding the content that other users have posted. With almost 542 million visitors per month, Reddit net worth is almost $ 1.8 Billion. Reddit revenue model also works by Google AdSense Advertisement on the sidebars. The content can be translated in to 89 different languages and registered users can post their content on it. Reddit is one of the finest examples of python based application which computes the complex functions.

A revolutionary application which change the entire paradigm of photography. Instagram a freemium application offers it users to upload videos, pictures and edit them accordingly with built in features. One can post stories and updates that a user wants to share with their followers. With over 1 billion users Instagram is one of the unique applications with offers imagery based content which is a highly responsive type of content and most engaging. Instagram now owned by Facebook, Inc uses python as its back-end. As per the technical team of Instagram it presents one the largest deployment of Django web framework which is solely written in Python. Instagram says that the reason of using python is due to its simplicity and level-headedness.

Disqus is a famous blog comment hosting service. Based in San Francisco, California, American it is a worldwide blog community for all. Disqus site can be translated in to 36 languages as of 2017. Disqus offers many aspects such as community building, emails, networking, analytics, building profile, tools for moderation and spam, and mobile commenting. Users can log-in from different options, and this secured website is true depiction of python based website using full security features of Django.

Netflix is one the famous platform that provides television entertainment to almost 148 million paid users with almost 1 billion hours of entertainment of seasons, documentaries, movies, cartoons, and Netflix originals. With revenue of almost US $15.794 billion reported in 2018, Netflix one of the famous entertainment industry player. Netflix is available in almost every part of the world except Syria, North Korea and Mainland China. The technical staff at Netflix says that they have great autonomy to opt for the technologies that is highly preferred to execute the job. The engineers use python because of its rich batteries-included standard library, simple syntax rules, huge developer network, and easy to resolve problem.
To sum up there are thousands of famous websites and applications that are written using this unique and simple programming app developing language, many of the companies use Python because of its simplicity and affordability.